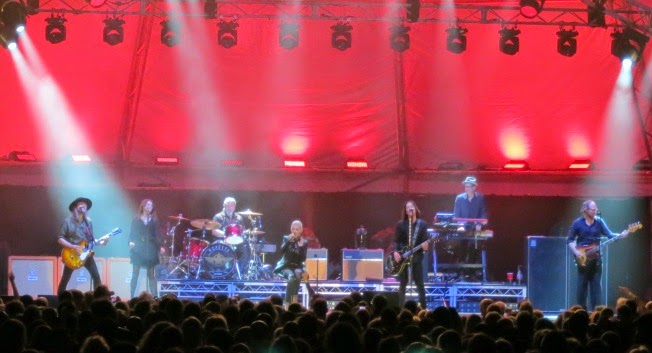 Last Wednesday night I went and saw Roxette play on the steps of the Sydney Opera House. I've always wanted to see a concert and Roxette had always been on my list of bands to see. Hearing some of these songs performed live, took me back to the 1990s. Boom Crash Opera played support, and I honestly didn't recognise the guitarist as he walked passed or any of the songs.


Per & Marie (and the band) were having so much fun on stage, and was great to see that the chemistry between them hasn't changed.  Per often seems like a young boy living his dream.
The first thing that was clear from the beginning of the concert was Marie wasn't well. At times it didn't seem to matter and others, it was like she just couldn't quite hit the notes. I hadn't known this, but she had a brain-tumour removed, and sometimes suffers the effects of this.

A few of the things I loved about the concert. Maybe its cheesy, but the instrumental version of Waltzing Matilda played by the guitarist was pretty cool, (It wasn't Hendrix's Star Sprangled Banner, but fun nevertheless). Marie sang 'Spending My Time', which has always been one of my favourites, and one I would probably have been disappointed if they hadn't played. The other highlights were the crowd singing 'It Must have Been Love' (and stuffing up the words), the audience reaction to 'Joyride' and 'The Look', and I quite enjoyed hearing Per sang 'Crash! Boom! Bang!

All in all it was great fun night. 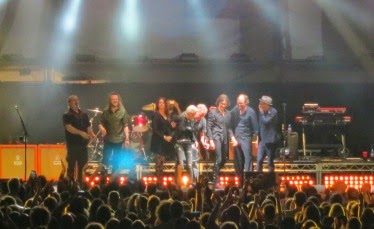