Songs of Experience - a review 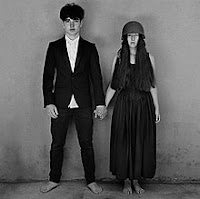 Just over a week ago, U2 released their fourteenth album, (and companion album to 2014s Songs of Innocence) Songs of Experience. It's been on fairly regularly since then. I'm not going to tell you where it fits in their cannon. It's too soon for that, and to be honest I am not sure I really want to do that, given the emotional reaction I had to the album.

I wasn't really prepared for the album to hit me as much as it did. Listening to You're the Best Thing about Me; The Blackout, Get Out of Your Own Way and American Soul didn't give me a clue it would have such an impact.

Listening to the album the whole way through changed all of that. From 'Love is All We Have Left' to 'Thirteen (There is a Light)' what struck me is how the album impacted me emotionally.

The album has been billed as a series of letters to Bono, to Ali and his kids, to America and to us as fans. The songs are among the most personal Bono has written. Another theme about the album is living in light of your mortality.

Three songs also deal with the refugee crisis - American Soul, Summer of Love and Red Flag Day.  Each of these highlights it from different angle - American Soul calls the US to be a sanctuary for those fleeing conflict. Summer of Love tells how Bono is thinking about the West Coast (not in California) but the West Coast of Syria. Red Flag Day focuses on deaths at Sea.  That three track section packs so emotional punch.  (Love this post from atU2's Sherry Lawrence about those songs).

Given where I am in life, the album is in many ways exactly what I needed to hear, spoke to my concerns for the refugee as mentioned above, and just how I feel.  Last year, I was diagnosed with cancer, and am more acutely aware of my own mortality, and trying to focus on what really matters, including the legacy I will leave. Love is All We Have Left grabs me because that's certainly how I feel

Musically it touches all the buttons - there is shimmering soundscapes which build and fall, and there is also grungy guitar and powerful basslines.  I also really love how the album has used musical and lyrical elements from Songs of Innocence. The most notable are Lights of Home and Iris (Hold Me Close); American Soul and Volcano; and 13 (There is a Light) and Song for Someone.  I highly recommend listening to both albums back-to-back, each album adds depth to the other. Much like Blake's collection of poems did.

There's a lot I love about the lyrics of the album, to me they're among the more personal Bono has written.  The real standout is 'The Little Things that Give You Away' - I could post a lot of the lyrics, but this bit as the music builds packs a powerful punch

They played The Little Things a few times on their tour for the Joshua Tree, but to me, this version is much better than the live version they played then.

Thinking about the album as a whole, that songs that stand out are 'Love is All We Have Left', 'Get Out of Your Own Way'; 'The Little Things that Give You Away', Landlady, Thirteen (There is A Light).

Get Out of Your Own Way, was written as a message to his kids, but in a recent interview Bono also highlighted it as a message he needed to hear. Likewise there is a message in it which I needed to be reminded of.

Landlady is a beautiful love song to Ali (though, I'm not so keen on the title).

Thirteen (There is a light) is a perfect ending to the album. I have the version with the bonus tracks, but I often stop listening here. I doubt they will close their Experience and Innocence shows with this song, but it would be so fitting.

I love how given all the crap that's going on in the world (and in my life) the note the band want to highlight is Love, Joy, and Light, the album is about fighting and believing, not grieving.

A couple of asides - on the bonus tracks; I love the St Peters String Mix of Lights of Home - I almost prefer it to the version on the album. Book of Your Heart is a great song, but there's nothing on the album I'd sub out for it. The remixes of You're the Best Thing About Me and Ordinary Love are good but not great, I prefer the acoustic version of You're the Best Thing About Me.

The second aside is that with this album reaching number one in the US, U2 have become the first band to have a number one album in the 1980s, 1990s, 2000s and 2010s, an amazing testament to the band.

I'm looking forward to hearing what this collection of songs sounds like live - and what songs they are paired with from the back catalogue.
Posted by Unknown at 3:18 pm
Email ThisBlogThis!Share to TwitterShare to FacebookShare to Pinterest
Labels: CD Review, U2